Connection between hunting and a peaceful mind

You’ve probably heard this before: “Hunting relieves my stress.” Though this statement is somewhat common among hunters, people who don’t hunt might find it hard to believe. After all, it does seem a little counter-intuitive. Let’s face it, shooting a gun at a living animal doesn’t exactly scream Zen-like relaxation.

Despite this, people continue to profess their belief that stress relief does result from hunting. Anecdotal stories of people using hunting as a relaxation tool abound. One such story touts: “I go hunting to escape stress, and relax in the outdoors, and enjoy the quiet solitude of nature.” 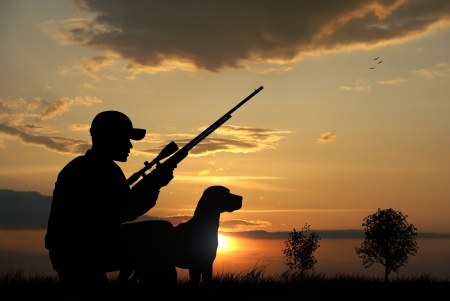 Stories are nice and all, but what about some hard facts? Believe it or not, there is actually serious data to support the very idea that hunting promotes a more peaceful mind.

In one groundbreaking study, University of Nebraska-Omaha criminologist Chris Eskridge asserts that “hunting serves as an outlet for stress and tension that otherwise could contribute to violent behavior.” He found that in areas where hunting license sales go up, violent crime actually goes down.

In other research, top mental health experts S. Boyd, M.D. Eaton, Marjorie Shostak and Melvin Konner found that because our society has moved away from hunting behaviors, we have weakened our once-healthy social standards, which is contributing to an uptick in juvenile delinquency. As they put in their book titled “The Paleolithic Perscription,” “Our ‘ hunting instinct’ has gone awry in ‘civilized’ society, where the thrill of the chase and the kill are no longer part of our experience and there are no clear avenues of expression except, perhaps to our peril, in the streets and subways of today’s urban jungles.”

The next time you hear someone say “hunting relieves my stress,” don’t be so quick to judge. It looks like they might be on to something.