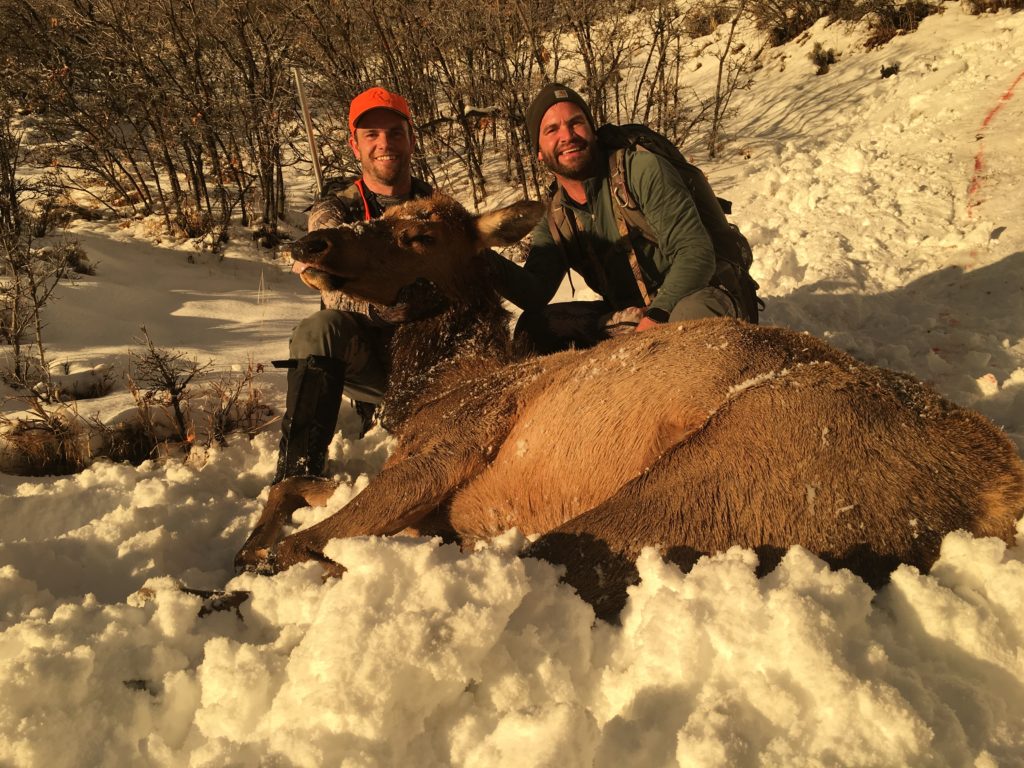 I watched the mountain constantly, hunting nearly every afternoon for a month waiting for the snow to push the elk down. I live in the city but every winter the snow drive the elk into the foothills where I can watch them from my backyard. This year I finally drew a late season cow tag. Unfortunately, I was only seeing nice mature bulls and a small group of 3 cows.

The unit I was hunting has no roads so the only way in and out is on foot which made me very particular about where I wanted to shoot my elk. A 6 hour pack out with a cow elk is not what I had in mind so I waited patiently until the elk were in good enough position to shoot. Week after week, I spotted and even hiked up in the hills hoping to see the 3 cows. Multiple times I found them in a good spot but by the time I hiked way up into the deep snow they moved and were not where I was willing to shoot.

Finally, they were as low as I’d ever seen them so I called my brother and a friend and said, “It’s time to go!” Luckily, this time the cows stayed put and it was easy to get within 522 yards to shoot one. They were at a steep 20 degree angle so I used my CTS wind angle chart. It said to take off about 30 yards so I dialed my scope to 490. Laying prone in the deep snow gave me a steady rest and I let er’ rip. The cow barely flinched and my brother thought I missed but 5 seconds later, she started rolling. I end up shooting her right through the heart, the 6.5 140 Berger VLD hunting bullet went right through.