‘The Hunger Games’ reignites a once-declining interest in hunting 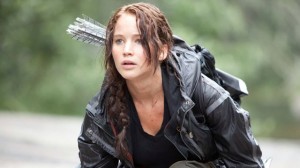 For years, fish and game agencies have watched a disturbing downward trend. The influx of young hunters has failed to keep pace with the loss of older ones.

So wildlife agencies have gone to work, introducing programs to get youth involved in the fishing and hunting community, while also retaining the population of veteran hunters.

Turns out, wildlife managers have received help from an unexpected source: “The Hunger Games.” You’ve heard of it, right? First a book, then a blockbuster movie, it has changed the conversation about hunting. Published in 2008, “The Hunger Games” sold more than a million copies in the first two years and has been translated into 26 languages. It has ignited readers and audiences around the world.

And, at the same time, it has ignited interest in hunting.

First, a little background for those who aren’t familiar with the storyline. The setting is a post-apocalyptic world in the nation of Panem, where civilization has been divided into 12 districts. Each year, two teenagers are conscripted from each district to fight in mortal combat, leaving but one survivor. The lead character is Katniss Everdeen, played by actress Jennifer Lawrence. Katniss takes the place of her younger sister in the game. It’s only through raw courage and uncanny skill with a bow and arrow that she survives.

Not surprisingly, thousands of youngsters have now become budding archery addicts in the aftermath of the movie.

Andy Grimm of the Chicago Tribune points to statistics from the Archery Trade Association, which show a 20 percent increase in the sale of archery equipment since the book was released. Visits to USA Archery jumped 30 percent in the first months of 2012. To put it simply, archery has become cool. Grimm quoted Teresa Iaconi of the Archery Trade Association saying, “Kids now have heroes in the sport. Now you’ve got Katniss with her bow and she’s a bad ass. We have a lot of kids getting into the sport, and a lot of them are saying it’s because of ‘Hunger Games.’”

Vince Horiuchi of the Salt Lake Tribune interviewed Mike Luper, vice president of sales and marketing for Hoyt Archery, who said, “We’re going to have the biggest year ever in the history of the company. Sales for youth bows have increased 200 percent this year, thanks to young fans who have seen the movies and read the ‘Hunger Games’ books.”

A natural extension of target shooting, of course, is hunting. If even a small percentage of those Katniss groupies take up bow hunting – or perhaps even rifle hunting – the trend would bolster youth recruitment in a big way.

What would that mean for wildlife management? Since the early 20th Century, hunters and fishermen have paid for almost all wildlife research, management and conservation through hunting permits. That continues to be the case according to surveys published by the U.S. Fish and Widlife Service. So if interest in hunting carries forward, that could mean more money for keeping the nation’s wildlife population as healthy, and as well-managed, as possible.