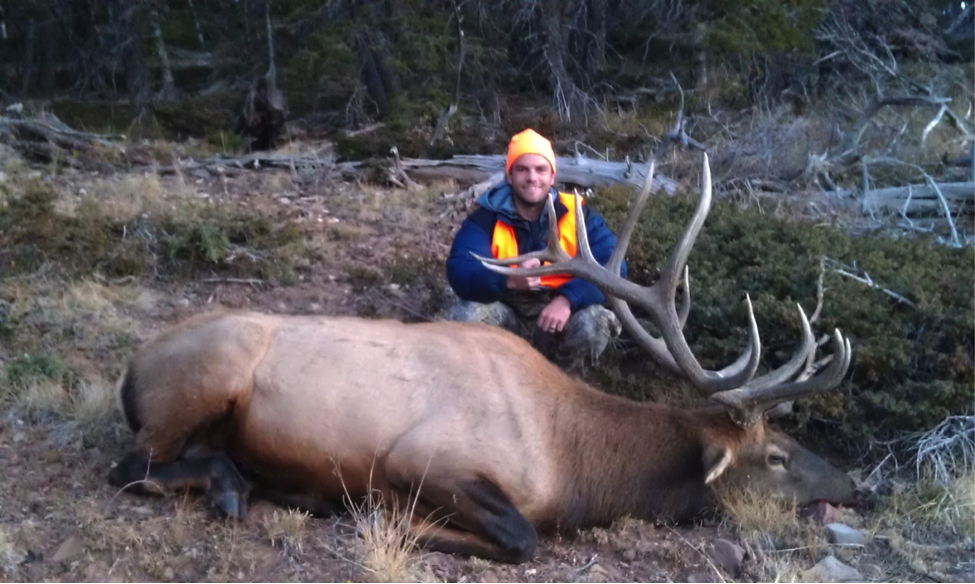 At the break of dawn on opening morning of the Utah Elk hunt my friend and I heard a bugle about 250 Yards over the hill. We were headed up a trail to glass a small opening in the trees. I quickly got set up on the shooting sticks and decided to give a few cow calls. A few seconds later, I saw a flash of movement thru the pines at the edge of the opening. I could see a set of horns and a dark neck looking right at us. Knowing I only had seconds before he would spook, I put the cross hairs on him and gently squeezed the trigger until the rifle went off in my hands. I watched him drop through my scope. On the hike up, I told my friend I was going to shoot the first bull we saw. Little did I know, the first (and only) elk we would see would be a nice 320 inch bull.

I always say “speed kills,” and I’m not referring to muzzle velocity. I believe everyone should practice getting set up fast so they can shoot quickly under pressure. Sometimes, if not most of the time, the difference between having an animal get away and having one mounted on your wall is determined within a few seconds. From the time I saw this bull to the time I pulled the trigger was probably only five seconds, any longer, and he may have gotten away.